United States: Students Debut One of the World’s Most Sophisticated Autonomous Boats for its Size

Feb 25, 2019 (Euclid Infotech Ltd via COMTEX) — On the edge of the Pacific Ocean near Honolulu this past December, an oddlooking, pilotless 16 ft.-long boat navigated an open water obstacle course, adapting to the waves and wind on the bay, launching and recovering a small submarine and then returning to dock. This boat, which did not have any place for passengers or a driver, is called Minion. It was built by engineering student members of the Robotics Association at EmbryRiddle Aeronautical University and it is possibly one the most sophisticated self-driving boats in the world for its size.

Minion was created to compete in the Maritime Robot X Challenge, a weeklong biennial international competition co-sponsored by the Office of Naval Research (ONR), the Association of Unmanned Vehicles International (AUVSI)s RoboNation and NAVATEK, a Hawaii-based company that designs ships and other amphibious vehicles.

Fifteen elite engineering student-led university teams from around the Pacific Rim took part in the competition using pontoon boats built on identical 16 ft. long Wave Adaptive Modular Vessel platforms. The goal was to create an autonomous surface vessel that could demonstrate navigation and control, obstacle avoidance, location and sequence, identification and docking, detection and delivery, underwater recovery and situational awareness, all without human or computer interaction as the boat traversed a course of seven increasingly difficult, maritime-related tests.

The student team from Embry-Riddle that designed and built Minion won all five of the static judging awards at the Robot X Challenge best journal paper, oral presentation, team video, team website and system inspection. The team finished third overall, besting international teams from China, Japan, Taiwan, Australia and Singapore and was the highest scoring team of the seven universities from the U.S. The National University of Singapore took this year’s top prize, while Australia’s Queensland University of Technology placed second.

Many of the competition judges from the ONR, industry and academia let us know how impressed they were with our boats systems and with our team, said Dr. Eric Coyle, one of four faculty advisors for Team Minion. Our students were also recognized several times throughout the week of competition for helping other teams with technical and equipment issues.

Embry-Riddle is one of the few schools in the world to compete at such a technologically advanced level in the Maritime Robot X Challenge and in other international autonomous vehicle events, such as the Roboboat and RoboSub collegiate competitions. Building on the teams success at past competitions is one of the reasons the Office of Naval Research awarded Embry-Riddle a five-year, $900,000 research grant in 2017 to continue developing advanced communication, perception and energy systems for unmanned surface vessels.

Minion is an outstanding platform for applying our research into autonomous systems toward real-world applications, said David Thompson, team lead and Ph.D. candidate in Mechnical Engineering. For many of our undergrads, working on Minion for the past two years has been a great resume builder and the ability to network at the competition has led to jobs for many of our team members. 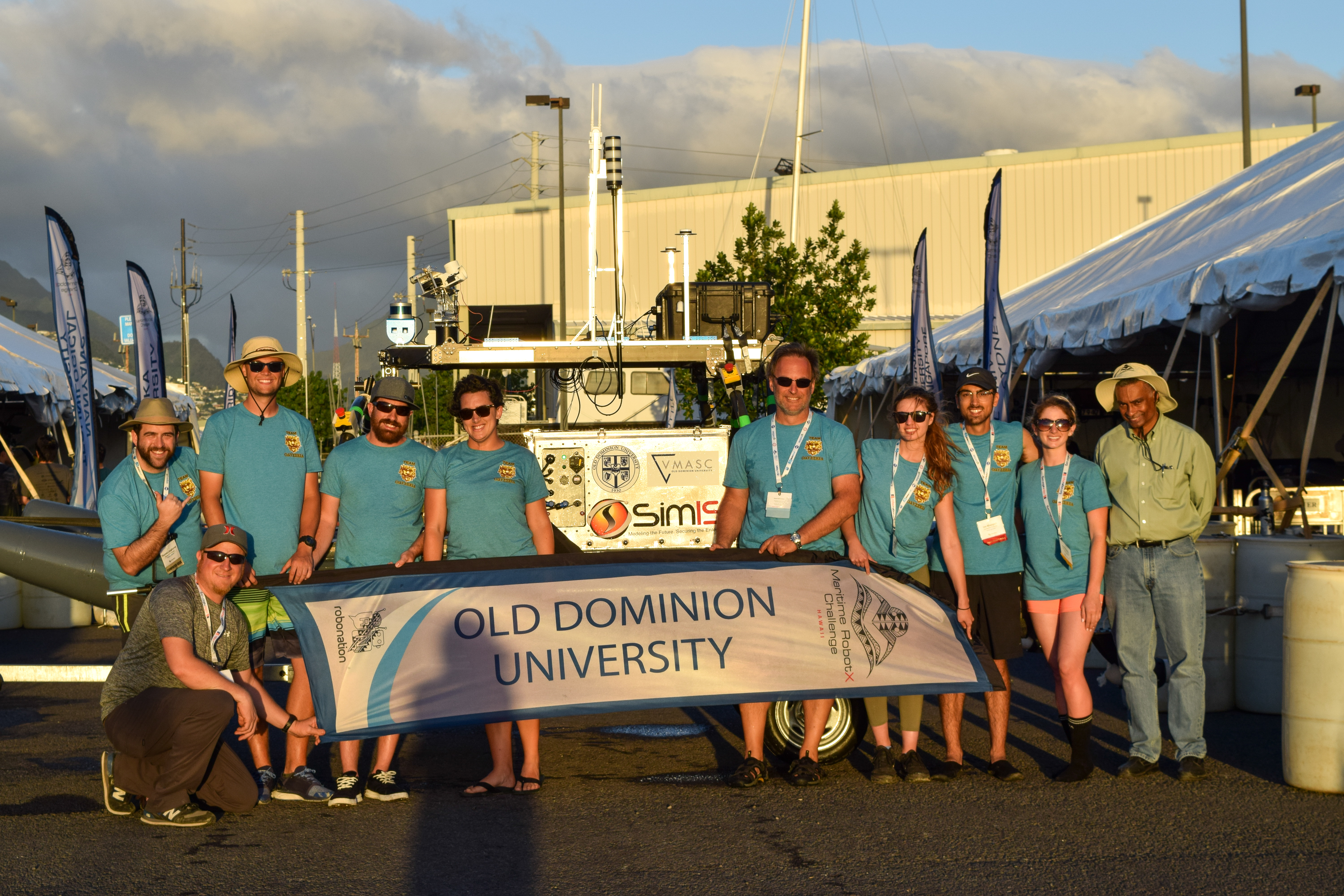 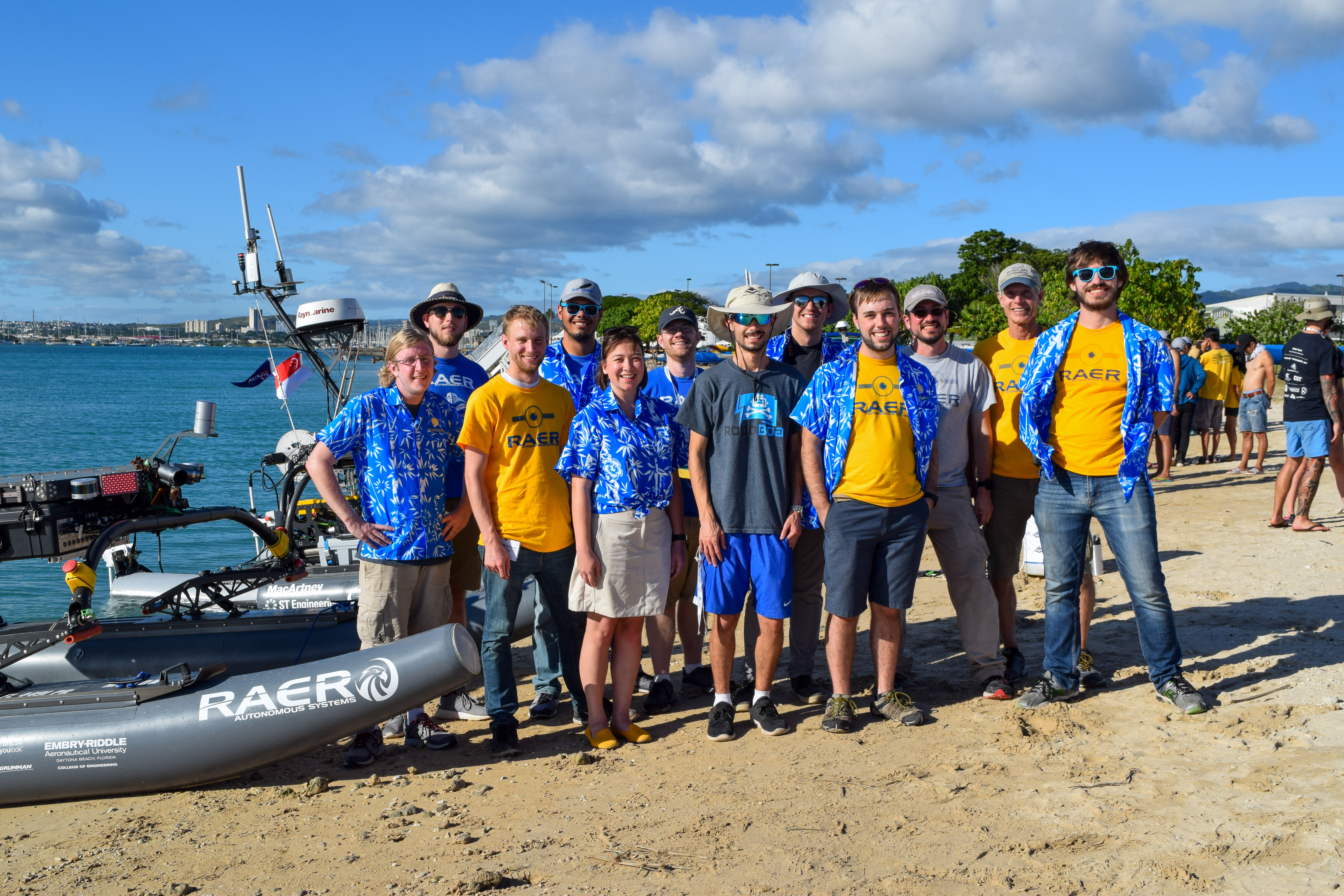