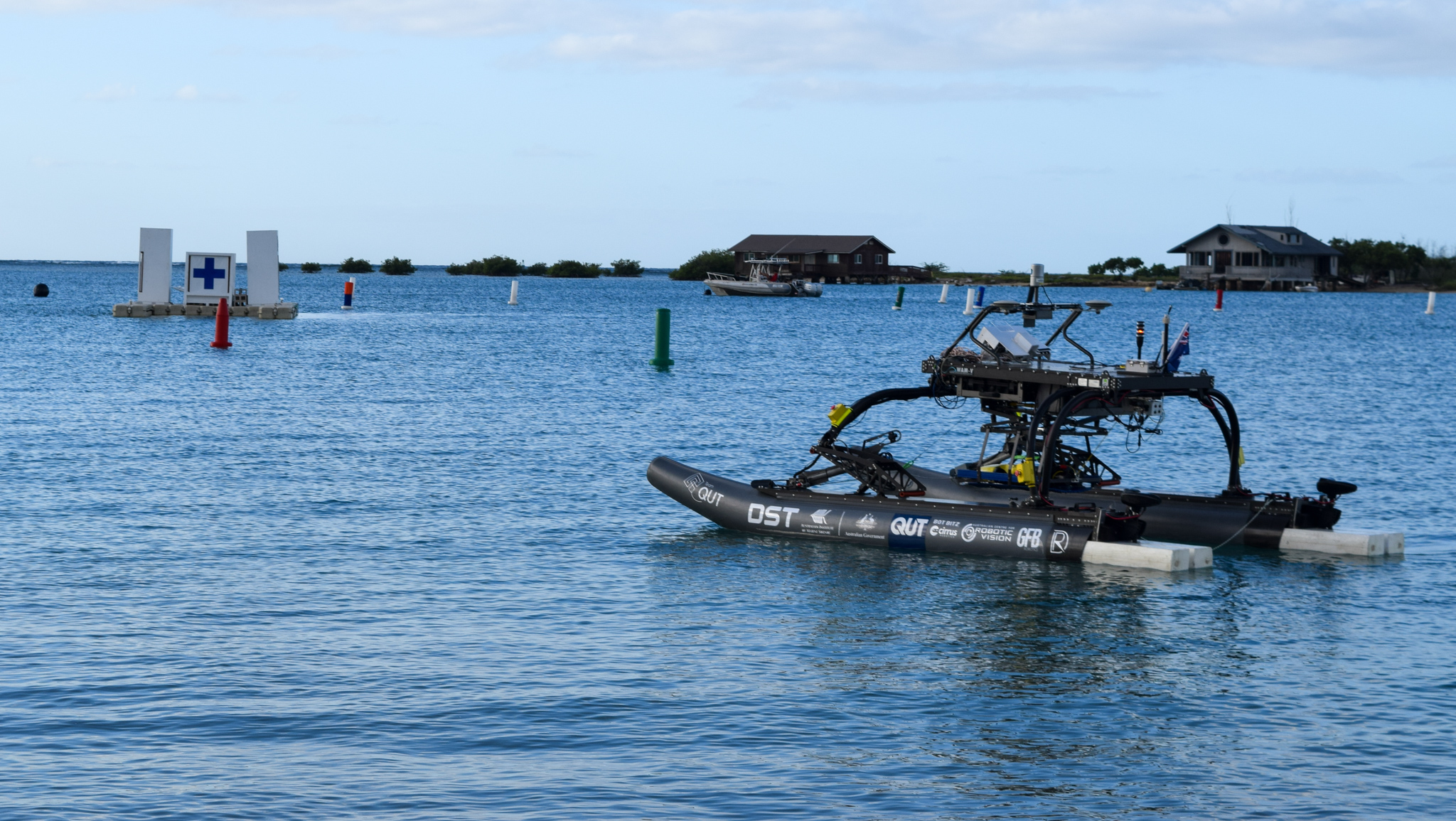 Ahoy explorers! It's time to take maritime robotics and autonomy to the next level. Let us introduce you to the Maritime RobotX Challenge.

The Maritime RobotX Challenge is an international, university-level competition designed to foster student interest in autonomous robotic systems operating in the maritime domain, with an emphasis on the science and engineering of cooperative autonomy. This competition facilitates the building of international relationships between students, academic institutions, and industry partners.

Gather your bearings and set out on this systems engineering journey where you will get the opportunity to broaden your exposure to autonomy and robotic technologies by developing a maritime system using the WAM-V surface craft manufactured by Marine Advanced Robotics.

RoboNation, in collaboration with the United States Office of Naval Research (ONR) and the Australian Defence Science and Technology Group (DST) is pleased to announce that the 2022 Maritime RobotX Challenge will take place at the Sydney International Regatta Centre from November 11 – 17, 2022. Click here to keep reading the announcement.

Check out the event

The Team Handbook document provides all the competition details, rules, and task descriptions for participating in the 2022 Maritime RobotX Challenge.

OpenHSI is a complete camera and software hyperspectral imaging system developed by staff and students at the University of Sydney, originally funded by The Commonwealth of Australia’s Defence Science and Technology Group (DSTG), Maritime Division.

The Technical Design Paper is a required a submission for all RobotX 2022 teams. This document provides the guidelines and template for the submission.

This document provides instructions on the Pilot Flight Test and UAV Demonstration. On the first day of competition, teams are required to have each licensed pilot pass a flight test as supervised by MAAA. The objective of the Pilot Flight Proficiency Test is to demonstrate the pilot’s ability to take control of the UAV if required and land it safely as and if required.

Teams are required to submit a shipping plan for their Wave Adaptive Modular Vessel (WAM-V), other supporting equipment and batteries. In order to facilitate shipping of equipment to Australia and to help clear customs and ensure compliance with all Australian government agencies, an official freight forwarder has been selected: TGL (Think Global Logistics).

Each 2022 RobotX Team will be given a shipping credit with TGL for RobotX WAM-V shipping, download the document for more details. 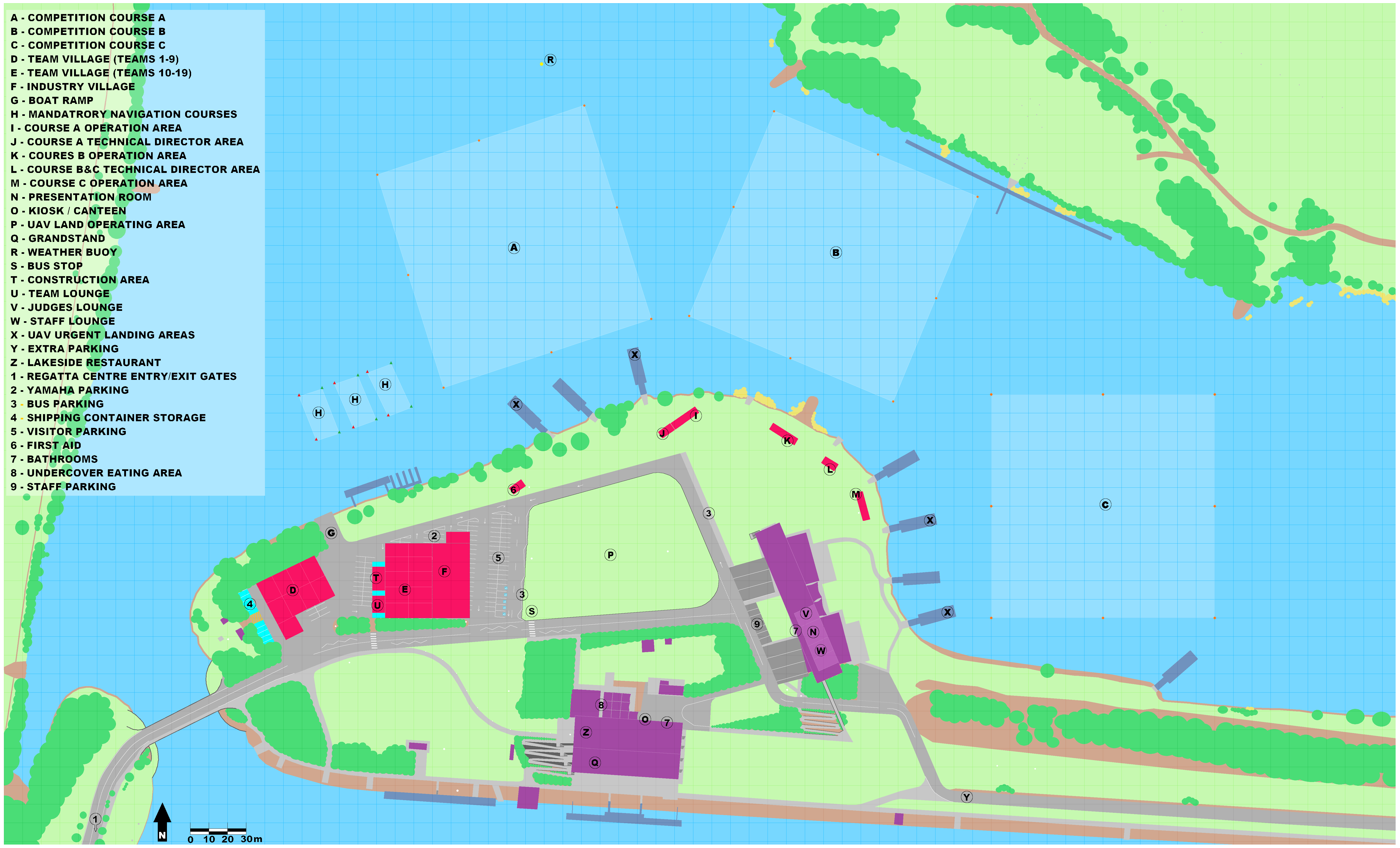 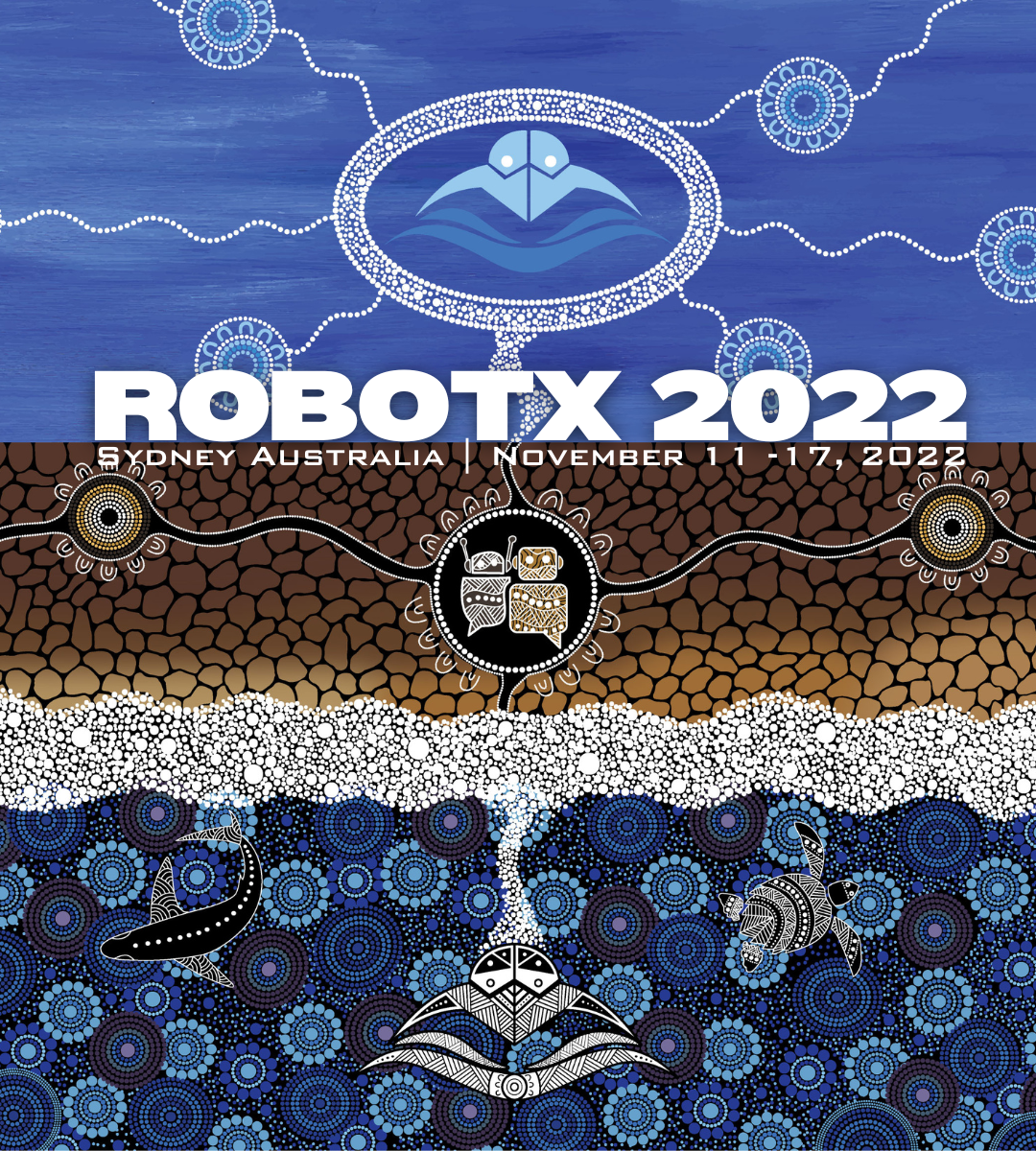 This document is to welcome all international visitors to Australia and all domestic visitors to New South Wales. There may be information in here that you already know, an update on information since your last visit or perhaps it is all brand new–some of it is highly relevant to RobotX and for your time in Australia; and other bits are for fun and enjoyment. Whatever the case, we hope you find the information in here useful and amusing.

Thank you for your interest in learning more about the 4th biennial Maritime RobotX Challenge! Our teams have worked very hard to get here, and we’re thrilled to connect with our teams and community around the world after four years off.

We have developed this guide to assist you in all you need to know about RobotX 2022. Sit back and prepare to be amazed at the ideas and concepts presented by these students!

All teams are required to read the Venue Regulations prior to arriving at the Sydney International Regatta Centre.

We are a robotics team based in San Diego, California, that was started in 2011. We have students ranging from 8th grade to college undergraduates. We currently participate in the FIRST Tech Challenge, RoboSub, RoboCar and RobotX competitions. Our goal is to be able to learn the most we can about robotics and to spread all that knowledge to others. Fittingly, our team motto is:
To Learn, to Share, to Innovate, to Inspire!

Team Minion is a student lead team. Our team has a multi-disciplinary approach to accomplishing tasks and focuses on teaching students the necessary technical skills to succeed in engineering. The team seeks members from all engineering disciplines but is composed of a mechanical engineering core and is lead by the mechanical engineering faculty. Team Minion brings together undergraduate and graduate students with faculty to tackle the challenges of maritime autonomy. 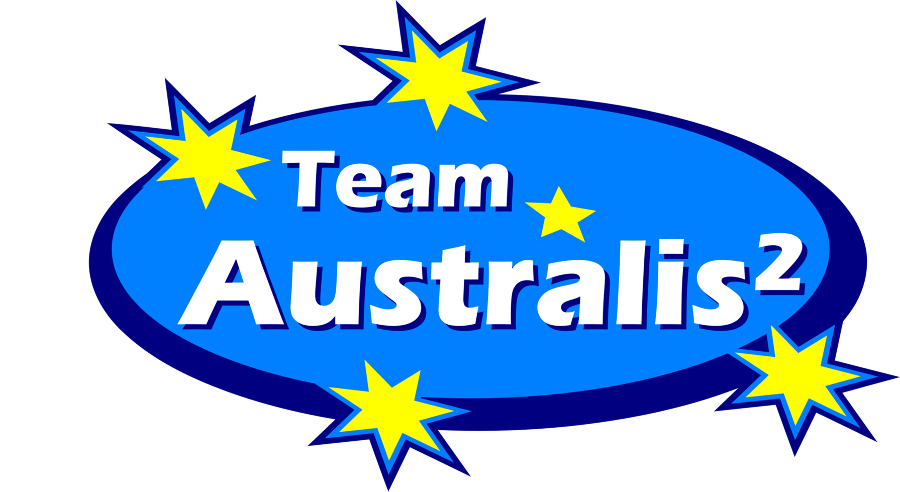 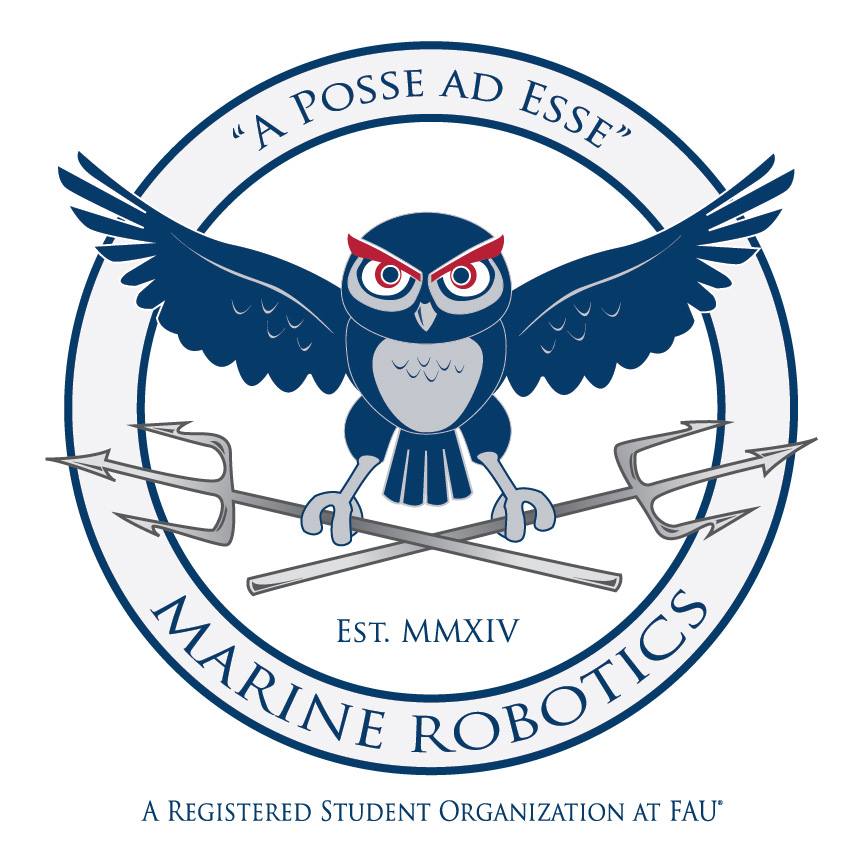 This is the first year that George Mason University has fielded a team for the RobotX competition. With a multi-disciplinary group of students and faculty from Mechanical Engineering, Electrical and Computer Engineering, Computer Science, and Systems Engineering, we are excited to participate in this international competition!

The Marine Robotics Group is a student team at Georgia Tech tackling the challenges of sending autonomous machines into the blue. With a focus on exploration, the group develops vessels for advanced autonomy and long-range endurance, which are put to the test in the RobotX and Microtransat Challenges. Team members include undergraduate and graduate students from various majors and backgrounds who share an interest in robots capable of discovery.

ITUASTEAM is a team of students from different engineering disciplines at ITU Faculty of Naval Architecture and Marine Sciences. With its R&D-oriented establishment, it aims to participate in national and international competitions and fairs in which students participate.

The JCU Robotics Team is a group of enthusiastic individuals attending James Cook University located in North Queensland, Australia. We are excited by the challenge that Robot-X presents and the chance to compete on an international stage. Our team members are eager to diversify their skillsets by completing this multi-disciplinary challenge. 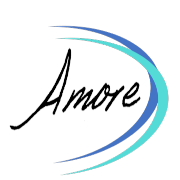 We are a team from NTU Singapore with all team members currently pursuing a bachelor’s degree in Mechanical Engineering, specialising in Mechatronics and robotics. While NTU is a returning competitor, we, the team members, are currently inexperienced, but curious and thrilled to represent our university in an international competition such as RobotX. We are experienced in CAD, CFD, MATLAB, and Python, and are excited to put these skills to use in the real world. 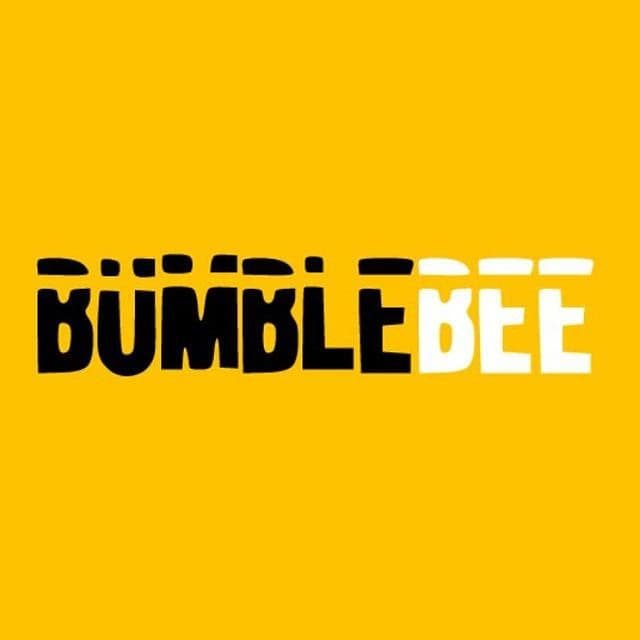 We are a group of innovators who envision to build autonomous systems of the future. We build and design autonomous maritime vehicles that capable of navigating underwater and on the water surface and perform a series of tasks without any remote control assistance. The system is targeted to be designed as highly intelligent and robust to changing environmental conditions. Full autonomy is achieved with an advanced sensor suite and array of powerful actuators.

Team NYCU (previously NCTU) is organized by passionate students and professionals in robotics. Team NYCU members are trained and motivated by the Duckietown education platform to develop autonomy that could be easy to use and available for everyone. Our team has participated in the RobotX 2018 and the DARPA Subterranean Challenge Tunnel and Urban Circuit in 2019 and 2020.

OUXT Polaris is the only team in Japan that participates in RobotX every time!
We consist of students from various universities and team OBs.

Caleuche is the oficial team of the Pontifical Catholic University of Chile, which was ranked 1st in the QS Latin America University Rankings 2021.  The team is formed by students, graduates and professors. It has the support of the Compas laboratory that is a specialist in marine and underwater robotics.  It will be the first Chilean team in this competition and probably the first Latin American team. 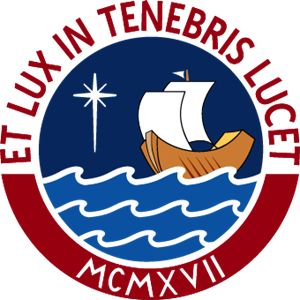 The Tumi Boys team is made up of a group of researchers and students from the Pontificia Universidad Catolica del Peru, who participate in technological development and research projects, in which there are professionals specializing in mechatronics and electronic engineering, professionals with a master’s degree and doctoral students. The areas of development of the team are: implementation of maritime vehicles, development of control and navigation algorithms, signal and image processing, handling of maritime sensors.

The University of Queensland

A student-driven rookie team working across school and disciplinary boundaries to think outside the box when tackling challenges in marine autonomy. UQ’s team has a strong focus on field testing-driven development and innovation.

MIL’s SubjuGator is the three time champion autonomous submarine of the RoboSub AUVSI/ONR underwater competition (2005-2007) and placed in the top 3 in eleven of the 21 years of the competition (including second place in 2012, 2013, and 2014). MIL’s NaviGator AMS, won the Maritime RobotX Challenge in Oahu, Hawaii in 2016, our first time in this biennial competition. In 2018, we earned fourth place, again in Oahu, Hawaii. We will next compete in the Maritime RobotX Challenge in Sydney, Australia in November 2022. In 2013, MIL participated for the first time in the RoboBoat AUVSI/ONR water surface vehicle competition with our PropaGator robot boat; we won! In 2014, we earned second place in the RoboBoat competition. We also won the static division of the 2011 ION Robot Lawnmower competition with MIL’s InstiGator robot lawnmower. 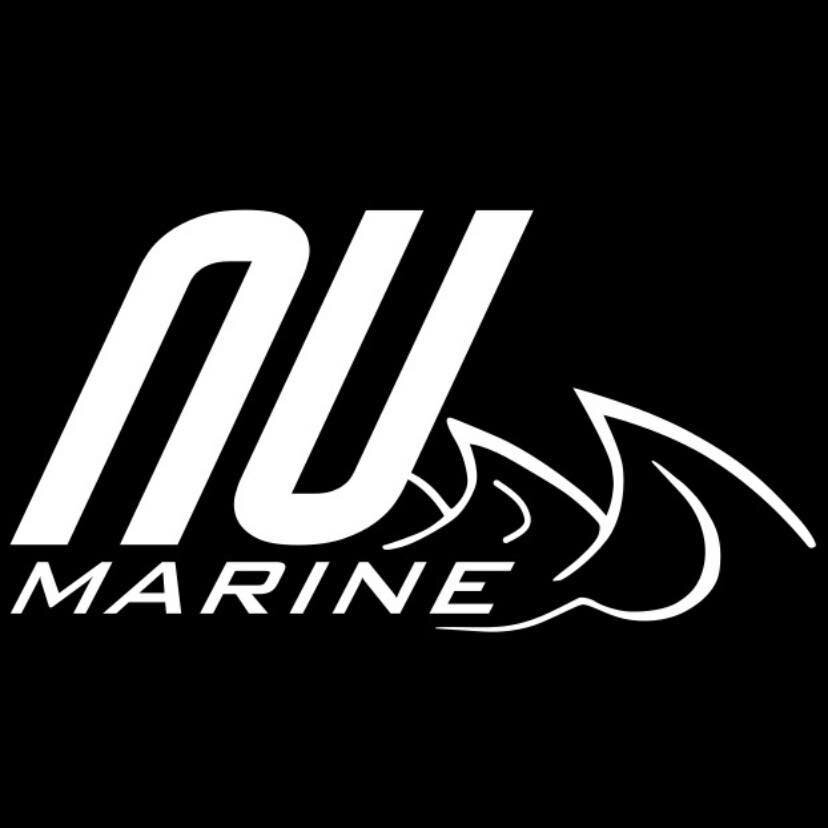 NU Marine provides the opportunity for undergraduates at The University of Newcastle to get cutting edge skills in the development of autonomous vehicles. The team competes in the international Maritime RobotX Challenge, with an alternating bi-annual physical competition, and virtual simulation competition. 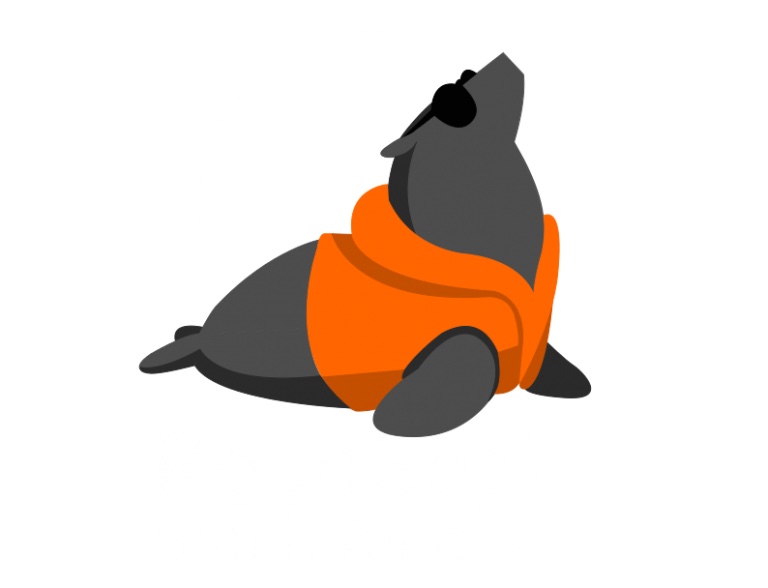 RobSeals was created through combining the University of South Australia and the RoboRoos – a community based robotics team. Team members are a mix of academics and industry professionals who guide a eclectic mix of students from the two organisations.

USYD Sealion is an Australian Robotics Team Participating in the RobotX 2022 Competition.
We are made up of a diverse range of undergraduate students.
USYD has participated in previous RobotX Competitions such as the 2018 RobotX Compeition and 2019 VRX Competiton.

Join us each month to learn more about the competition season and to engage with other competitors. We are anxious and excited to see your returning face, as well as some new ones.

Does all this sound awesome? Find out more.

Interested in RobotX? Let’s get this metaphorical-automated-vehicle on the right track with your name, email and area of interest.

This website stores cookies on your computer. These cookies are used to collect information about how you interact with our website and allow us to remember you. We use this information in order to improve and customize your browsing experience and for analytics and metrics about our visitors both on this website and other media. To find out more about the cookies we use, see our Privacy Policy.
If you decline, your information won’t be tracked when you visit this website. A single cookie will be used in your browser to remember your preference not to be tracked.